How to use Heroku Pipeline

This post is #4 of my Python Heroku Tutorial Series. In this Heroku tutorial, I will talk about how to setup Heroku pipeline and how to use it.

A Heroku pipeline is a group of Heroku apps that share the same codebase. Each app in a pipeline represents one of the following stages in a continuous delivery workflow

There are some different ways to use Heroku pipeline, here is my workflow and hope it can inspire you.

staging app and production app share the same code (in some cases, code version in staging app might be a little newer), but they have different env resources (database, AWS S3 bucket, domain name and other config vars)

In heroku dashboard, make sure you already have Heroku app, then add it to a new Heroku pipeline you can do that in app's Deploy tab 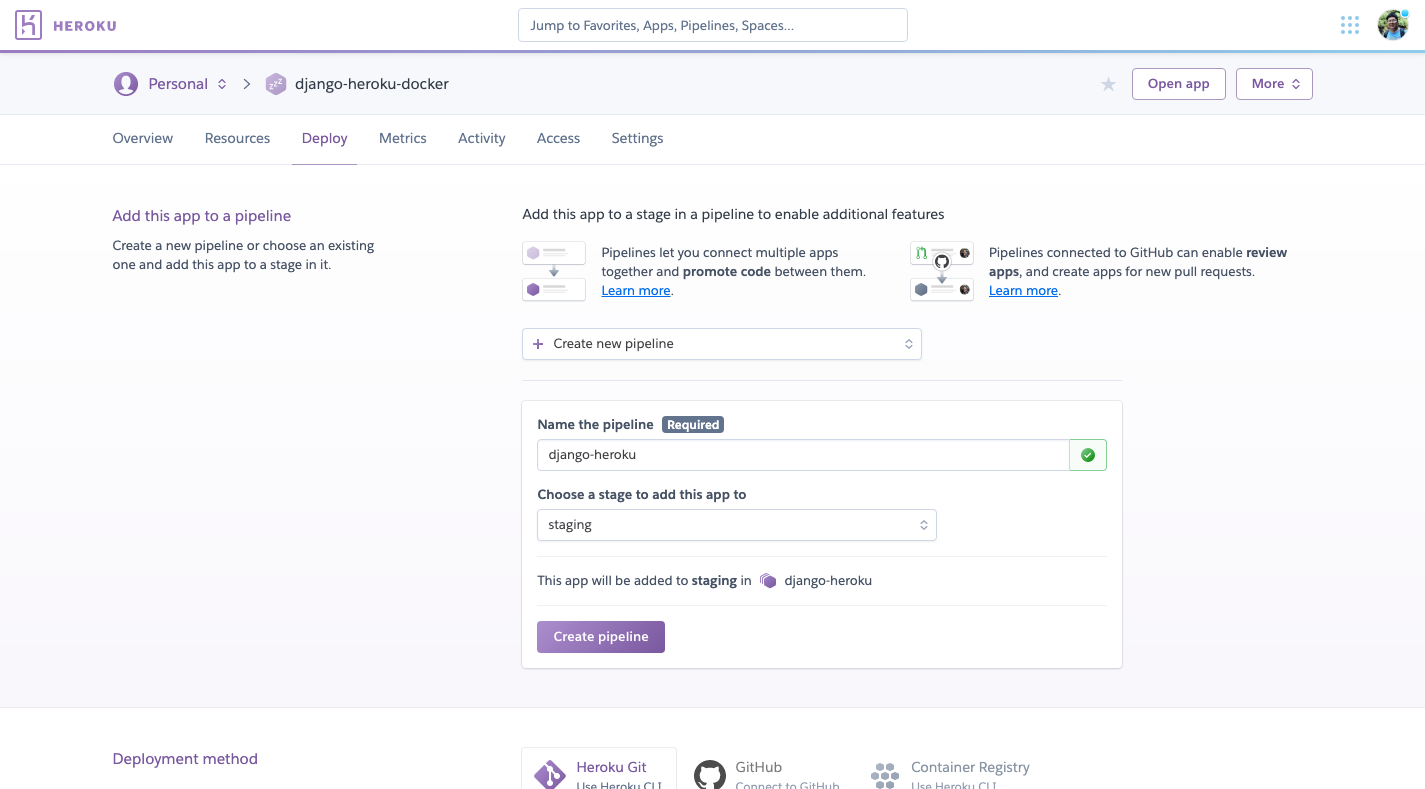 After you are done, you can see the pipeline in your Heroku Dashboard and you can keep adding a new Heroku app to pipeline as production app 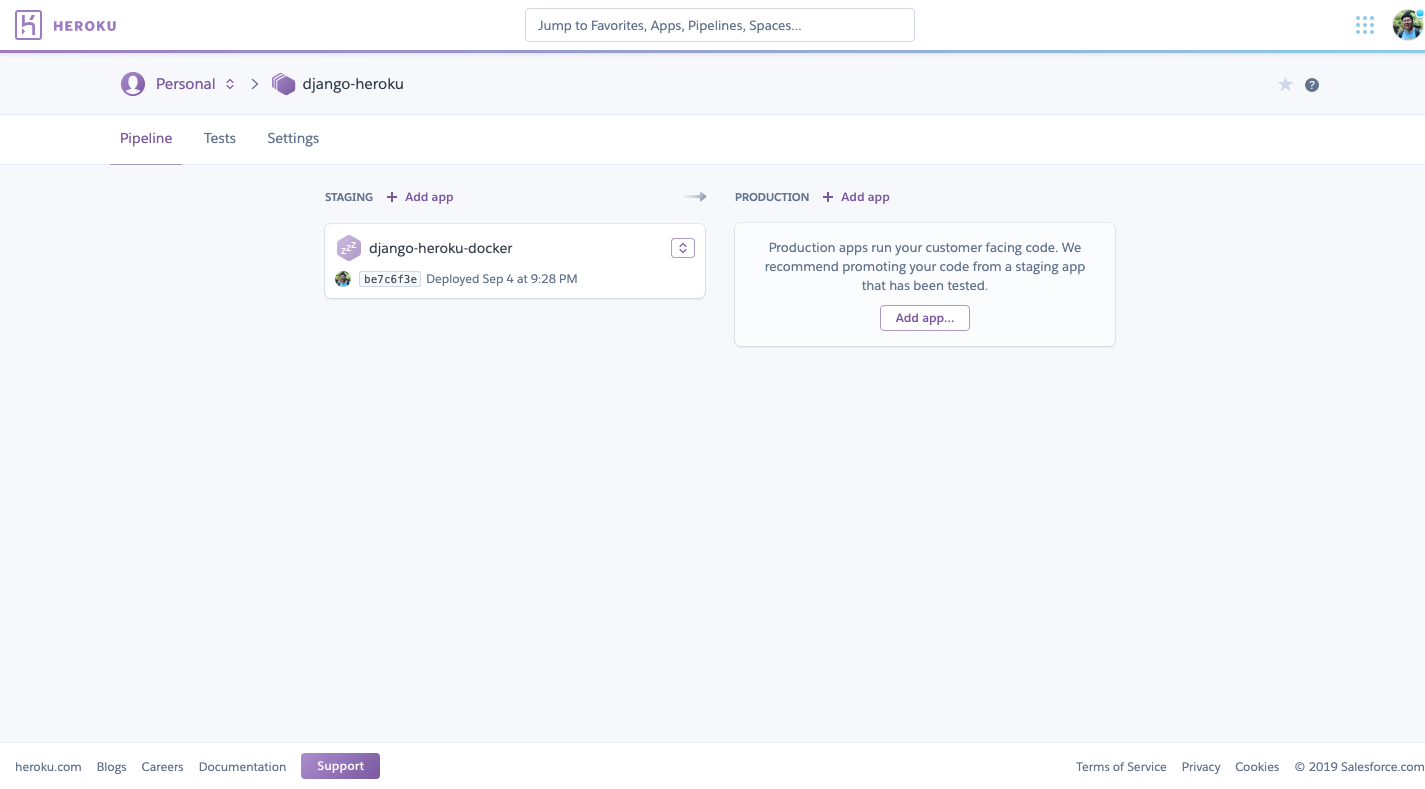 If you want to add Heroku app to pipeline

How to promote staging app

When you test the version on your staging app and seems it is good to deploy to production app, you can just click Promote to production... on pipeline page.

The code would be deployed to production app automatically.

Please note that if you are using docker to deploy your project, the above promote button might not work in some cases. To solve this problem, you can define the promote work as manual work in CI. (or let CI auto deploy prod branch to production app)

To avoid operation mistake, it is better to make your Heroku app have the right suffix.

What you should keep in mind

When you start using Heroku pipelines, you should know two Heroku apps and relevant resources could cost you more money than single Heroku app.

But the pipeline can make sure every commit has been tested before deployed to your production site, it reduced the risk, that is why I recommend you to give it a try.

In this Heroku tutorial, I talked about how to use Heroku pipeline in your project and if you still have question, please feel free to contact us.

Michael is a passionate Python developer from China and love writing code, articles about Django and Wagtail CMS.

Need any Help in your Project?