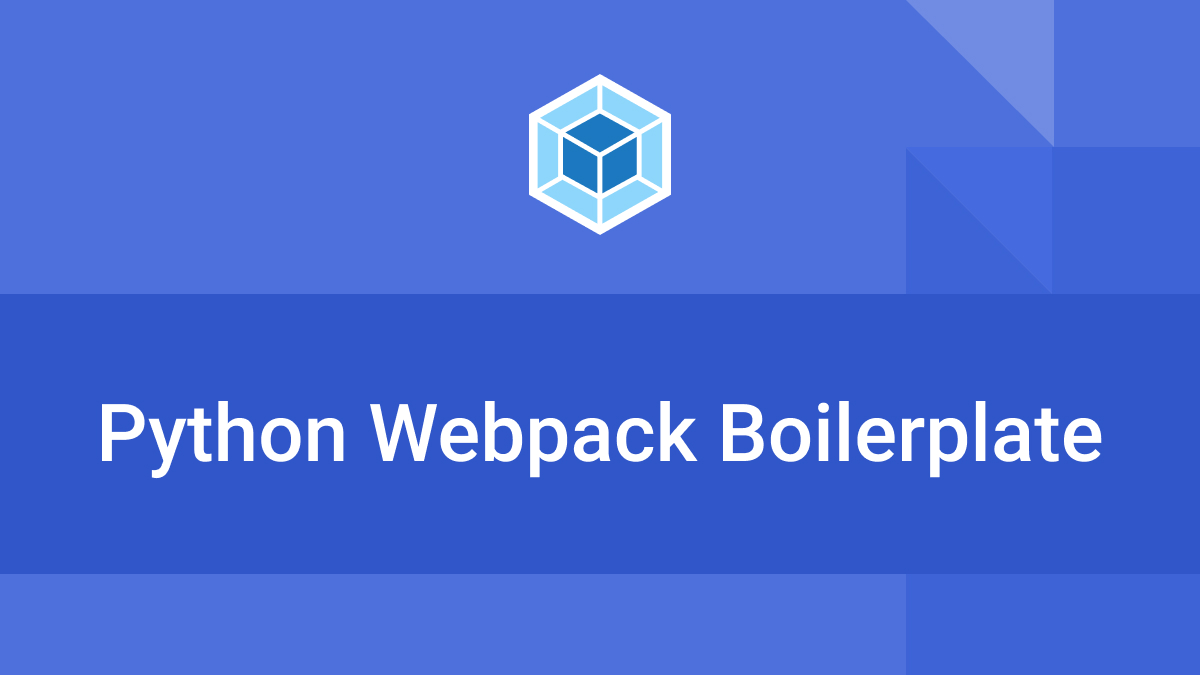 About 1 month ago, I started writing tutorials about Webpack and Django Definitive Guide to Django and Webpack, and I hope it can help people to learn Webpack better because there are not many good tutorials in this area.

After receiving some user feedback, I realize a webpack boilerplate project is better, because many readers might not have much time to learn how Webpack works. What they want is just a project which can let them quickly write ES6 and SCSS in Django projects.

So I decided to take some time to solve this problem.

There are some awesome open source Webpack boilerplate projects on Github. After researching, I chose wbkd/webpack-starter because it has all features I need.

And then I did some customization:

If you have some experience with Django, then you might hear of django-webpack-loader. I used it in many projects but also found some problems.

So I decide to write a new webpack loader based on django-webpack-loader, and solve the above problems at once.

Here is my solution:

This project has a webpack project template and you can easily create frontend project like this:

Now you can go to frontend project and run command below:

If the entrypoint has other dependency, the template tag would also load it automatically

As you can see, app.c9e79e69.js is loaded after dependency js files.

So now in templates we can only focus on the entrypoints without caring about the dependency and this template tag can help you handle it automatically.

You can also import multiple entrypoints in one page like this

You can also do the same thing for the css file

The API is inspired by rails/webpacker

At first, I build this project for Django community, after I finish the draft version. I realize I can make it also work with Flask to help more people.

I made it work after some hours.

I have seen many cookiecutter-xxx projects use Webpack as frontend solution, but the config and file structures are different. So it is a PAIN to maintain the Webpack, Babel, and other config.

This project can work with both cookiecutter-django and cookiecutter-flask, and the frontend part would have consistent patterns.

Now Django developers and Flask developers can both contribute and help improve this project and make it become better.

And some people who have both Flask projects and Django projects would be happy!

That is why I give it name python-webpack-boilerplate, and I am open to support more Python web frameworks in the future.

Michael is a Full Stack Developer from China who loves writing code, tutorials about Django, Wagtail CMS and React.