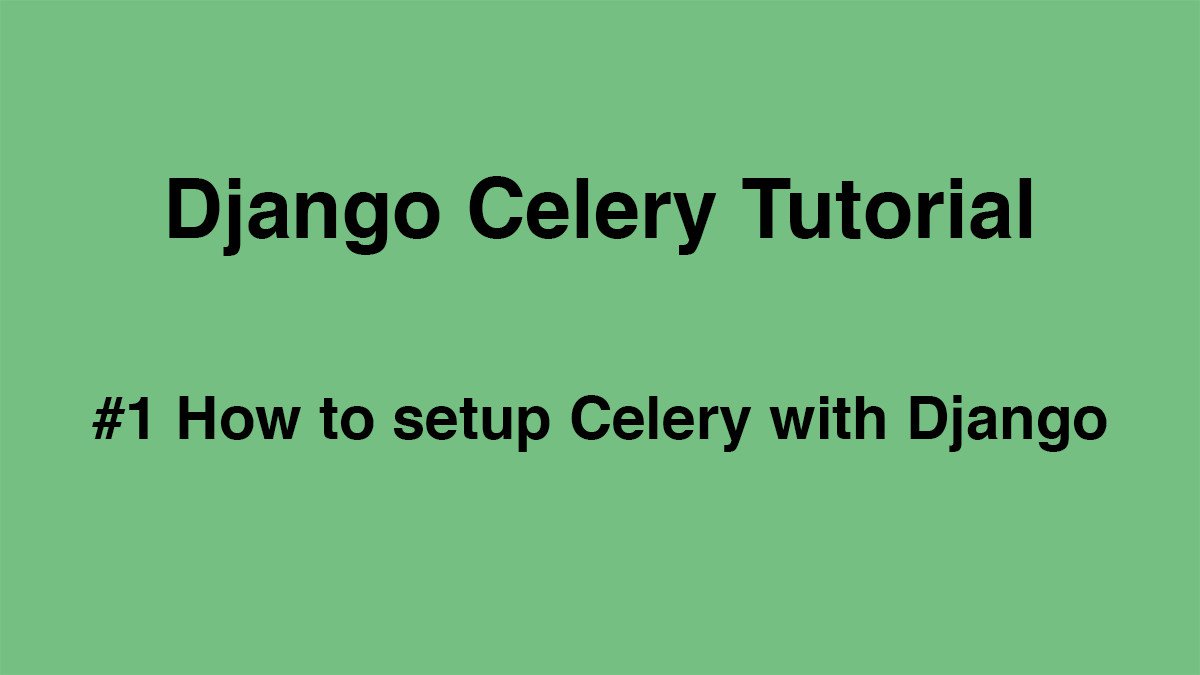 How to setup Celery with Django

In this Django Celery tutorial, I will talk about

Celery can help run tasks on worker process instead of web process, so in web process we can return HTTP response back immediately (even the task in worker process is still running) to our user, the request cycle would not be blocked and user experience would be better.

Below are some cases Celery can help you

RQ (Redis Queue) is another Python library that can help you solve the above problems.

The core logic of RQ (Redis Queue) and Celery are the same (Producer/Consumer Pattern), here I would compare them and give you better understanding.

Because Celery can help me solve some problems in better way so I prefer Celery, and I wrote this article to help reader (especially beginner) quickly learn Celery!

But in many cases, we do not have to use features of AMQP so other message broker such as Redis is also ok.

How to setup Celery

Next, I will show you how to import Celery worker to your Django project.

Use Docker to help prepare the dev env

If you work on Linux or Mac, you can use the package manager to setup Redis for you. (brew, apt-get install), however, I'd like to recommend you to try using Docker to install Redis server here.

Next, let's import Celery to our Django project

Below is the project structure

Because Celery can read config from Django settings file, so we can add config there for better management.

There are some thing you should keep in mind.

When you check celery doc, you would see broker_url is the config key you should set for message broker, however, in the above celery.py

Now the config job is done, let's start trying Celery and see how it works. Here we would run some commands in different terminal, but I recommend you to take a look at Tmux when you have time.

Second, let's run a web app to help us monitor the Celery task (I will talk about more about it in a bit)

Then you can open http://localhost:5555/ and you will see a web dashboard which can help you check the details of the Celery worker

Next, we enter Django shell and try to send some tasks to Celery worker

Below are some points here

The worker process received the task at 03:54:40, and after 10 seconds, the task succeeded.

I guess now you already have a basic understanding about the workflow. Let's try another code block

Next, let's try to raise error in the Celery worker and see what happen.

As you can see, after we called delay method, we get an AsyncResult instance.

We can use it to do many useful thing such as

flower can let us monitor Celery in UI friendly web page, because it can help us better understand more details of Celery, so I decide to talk about it before diving further.

What you should notice is the UUID column, which is AsyncResult.id

You can also get similar details of one task with code below. 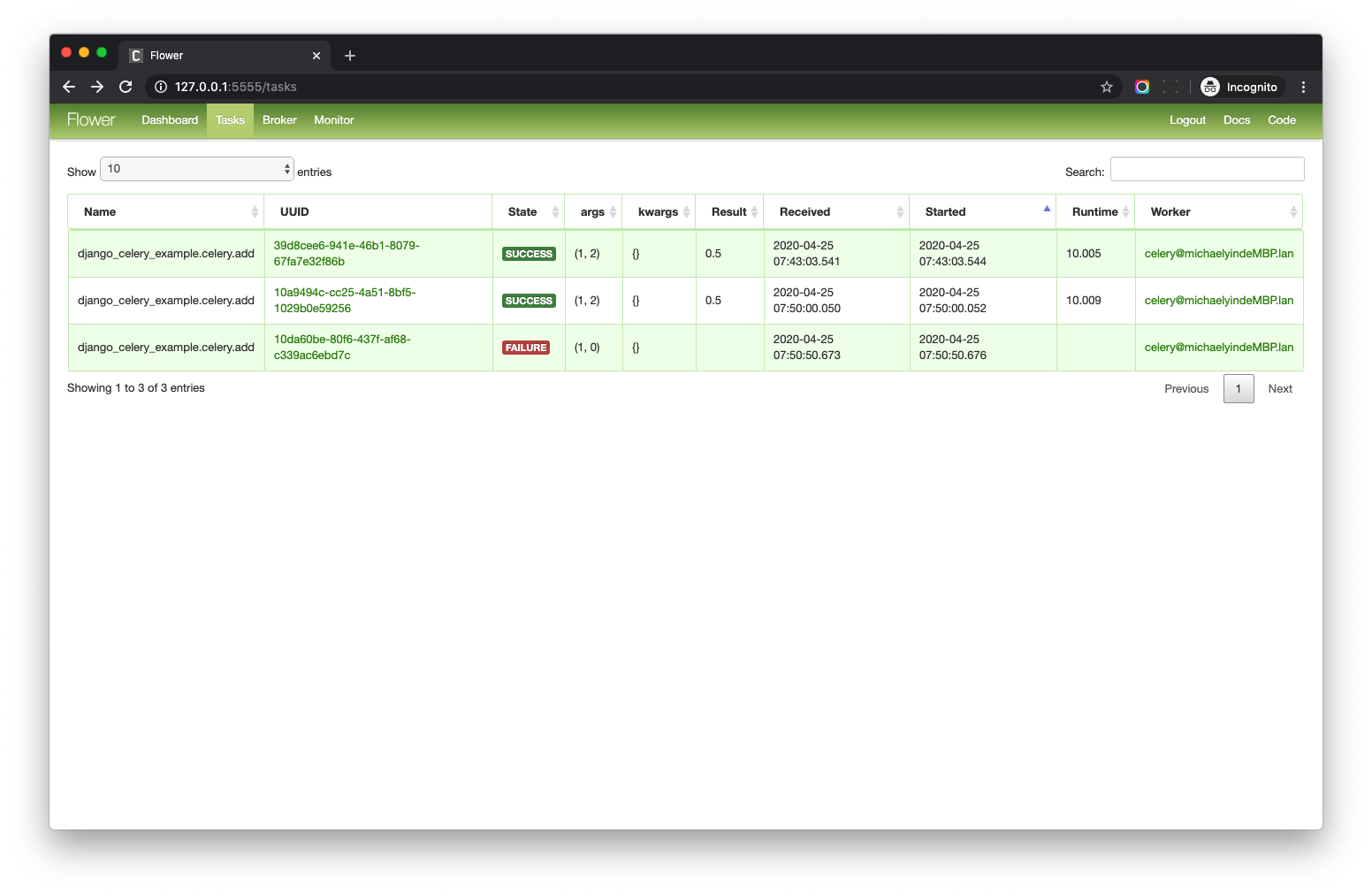 When you learn Celery, you can use Flower to help you understand the details.

When you deploy your project to the server, Flower is optional. I mean, you an also use Celery commands to help manage the application and check the worker status.

In this blog post, I talked about some basic parts of Celery. I wish you already have a good understanding of the whole workflow.

If you have any question, please feel free to contact us.